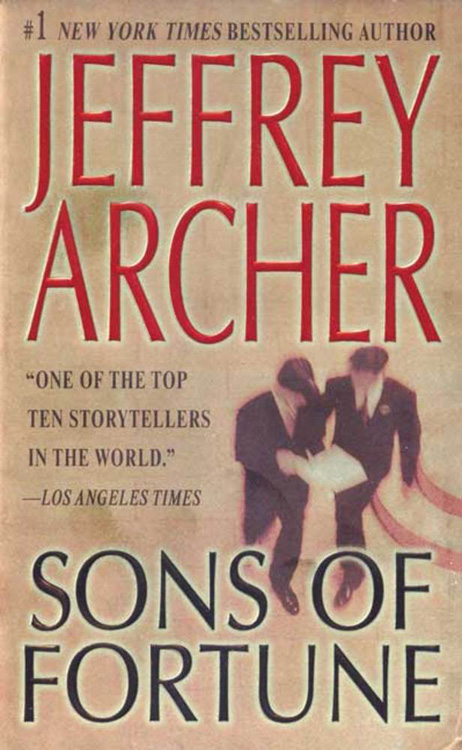 SUSAN PLONKED THE ice cream firmly on Michael Cartwright’s head. It was the first occasion the two of them had met, or that was what Michael’s best man claimed when Susan and Michael were married twenty-one years later.

Both of them were three years old at the time, and when Michael burst into tears, Susan’s mother rushed over to find out what the problem was. All Susan was willing to say on the subject, and she repeated it several times, was, ‘Well, he asked for it, didn’t he?’ Susan ended up with a spanking. Not the ideal start for any romance.

The next recorded meeting, according to the best man, was when they both arrived at their elementary school. Susan declared with a knowing air that Michael was a cry-baby, and what’s more, a sneak. Michael told the other boys that he would share his Graham Crackers with anyone who was willing to pull Susan Illingworth’s pigtails. Few boys tried a second time.

At the end of their first year, Susan and Michael were jointly awarded the class prize. Their teacher considered it the best course of action if she hoped to prevent another ice-cream incident. Susan told her friends that Michael’s mother did his homework for him, to which Michael responded that at least it was in his own handwriting.

The rivalry continued unabated through junior and senior high until they departed for different universities, Michael to Connecticut State and Susan to Georgetown. For the next four years, they both worked hard at avoiding each other. In fact the next occasion their paths crossed was, ironically, at Susan’s home, when her parents threw a surprise graduation party for their daughter. The biggest surprise was not that Michael accepted the invitation, but that he turned up.

Susan didn’t recognize her old rival immediately, partly because he had grown four inches and was, for the first time, taller than her. It wasn’t until she offered him a glass of wine and Michael remarked, ‘At least this time you didn’t pour it all over me,’ that she realized who the tall handsome man was.

‘God, I behaved dreadfully, didn’t I,’ said Susan, wanting him to deny it.

‘You did,’ she said, biting her tongue.

They chatted like old friends, and Susan was surprised at how disappointed she felt when a classmate from Georgetown joined them and started flirting with Michael. They didn’t speak to each other again that evening.

Michael phoned the following day and invited her to see Spencer Tracy and Katharine Hepburn in Adam’s Rib. Susan had already seen the movie, but still heard herself accepting, and couldn’t believe how long she spent trying on different dresses before he arrived for that first date.

Susan enjoyed the film, even though it was her second time, and wondered if Michael would put an arm around her shoulder when Spencer Tracy kissed Katharine Hepburn. He didn’t. But when they left the movie house, he took her hand as they crossed the road, and didn’t let it go until they reached the coffee shop. That was when they had their first row, well, disagreement. Michael admitted that he was going to vote for Thomas Dewey in November, while Susan made it clear that she wanted Harry Truman to remain in the White House. The waiter placed an ice cream in front of Susan. She stared down at it.

‘Don’t even think about it,’ Michael said.

Susan wasn’t surprised when he called the following day, although she had been sitting by the phone for over an hour pretending to be reading.

Michael had admitted to his mother over breakfast that morning it had been love at first sight.

‘But you’ve known Susan for years,’ remarked his mother.

‘No I haven’t, Mom,’ he replied, ‘I met her for the first time yesterday.’

Both sets of parents were delighted, but not surprised, when they became engaged a year later, after all, they’d hardly spent a day apart since Susan’s graduation party. Both had landed jobs within days of leaving college, Michael as a trainee with the Hartford Life Insurance Company and Susan as a history teacher at Jefferson High, so they decided to get married during the summer vacation.

What they hadn’t planned was that Susan would become pregnant while they were on their honeymoon. Michael couldn’t hide his delight at the thought of being a father, and when Dr Greenwood told them in the sixth month that it was going to be twins he was doubly delighted.

‘Well at least that will solve one problem,’ was his first reaction.

‘One can be a Republican, and the other a Democrat.’

‘Not if I have anything to do with it,’ said Susan, rubbing her stomach.

Susan continued teaching until her eighth month, which happily coincided with the Easter vacation. She arrived at the hospital on the twenty-eighth day of the ninth month carrying a small suitcase. Michael left work early and joined her a few minutes later, with the news that he had been promoted to account executive.

‘What does that mean?’ asked Susan.

‘It’s a fancy title for an insurance salesman,’ Michael told her. ‘But it does include a small pay raise, which can only help now we’re going to have two more mouths to feed.’

Once Susan was settled in her room, Dr Greenwood suggested to Michael that he wait outside during the delivery, as with twins there just might be complications.

Michael paced up and down the long corridor. Whenever he reached the portrait of Josiah Preston hanging on the far wall, he turned and retraced his steps. On the first few of these route marches, Michael didn’t stop to read the long biography printed below the portrait of the hospital’s founder. By the time the doctor emerged through the double doors, Michael knew the man’s entire life history by heart.

The green-clad figure walked slowly towards him before removing his mask. Michael tried to fathom the expression on his face. In his profession it was an advantage to be able to decipher expressions and second-guess thoughts, because when it came to selling life insurance you needed to anticipate any anxieties a potential client might have. However, when it came to this life insurance policy, the doctor gave nothing away. When they came face to face, he smiled and said, ‘Congratulations, Mr Cartwright, you have two healthy sons.’

Susan had delivered two boys, Nathaniel at 4.37 and Peter at 4.43 that afternoon. For the next hour, the parents took turns cuddling them, until Dr Greenwood suggested that perhaps mother and babies should be allowed to rest. ‘Having to feed two children will prove exhausting enough. I shall put them both in the special care nursery overnight,’ he added. ‘Nothing to worry about, because it’s something we always do with twins.’

Michael accompanied his two sons to the nursery, where once again he was asked to wait in the corridor. The proud father pressed his nose up against the pane of glass that divided the corridor from the row of cribs, gazing at the boys as they lay sleeping, wanting to tell everyone who passed, ‘they’re both mine’. He smiled at the nurse who was standing by their side, keeping a watchful eye over the latest arrivals. She was placing name tags around their tiny wrists.

Michael couldn’t remember how long he remained there before eventually returning to his wife’s bedside. When he opened the door, he was pleased to find that Susan was fast asleep. He kissed her gently on the forehead. ‘I’ll see you in the morning my darling, just before I go to work,’ he said, ignoring the fact that she couldn’t hear a word. Michael left her, walked down the corridor and stepped into the elevator to find Dr Greenwood had exchanged his green scrubs for a sports jacket and grey flannels.

‘I wish they were all that easy,’ he told the proud father as the elevator stopped on the ground floor. ‘Still, I’ll drop by this evening, Mr Cartwright, to check on your wife and see how the twins are doing. Not that I anticipate any problems.’

Dr Greenwood smiled, and would have left the hospital and driven home had he not spotted an elegant lady coming through the swing doors. He walked quickly across to join Ruth Davenport.

Michael Cartwright glanced back to see the doctor holding open the elevator doors for two women, one heavily pregnant. An anxious look had replaced Dr Greenwood’s warm smile. Michael only hoped that the doctor’s latest charge would have as uncomplicated a birth as Susan had managed. He strolled across to his car, trying to think about what needed to be done next, still unable to remove the broad grin from his face.

The first thing he must do was phone his parents . . . grandparents.