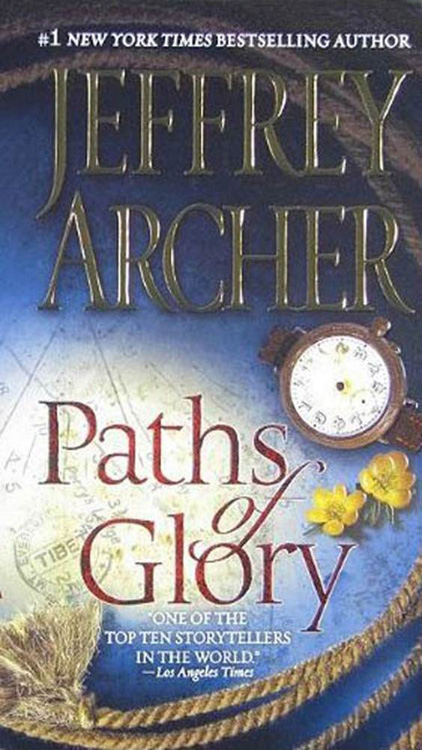 If you had asked George why he’d begun walking towards the rock, he wouldn’t have been able to tell you. The fact that he had to wade into the sea to reach his goal didn’t appear to concern him, even though he couldn’t swim.

Only one person on the beach that morning showed the slightest interest in the six-year-old boy’s progress. The Reverend Leigh Mallory folded his copy of The Times and placed it on the sand at his feet. He didn’t alert his wife, who was lying on the deckchair beside him, eyes closed, enjoying the occasional rays of sunshine, oblivious to any danger their eldest son might be facing. He knew that Annie would only panic, the way she had when the boy had climbed onto the roof of the village hall during a meeting of the Mothers’ Union.

The Reverend Mallory quickly checked on his other three children, who were playing contentedly by the water’s edge, unconcerned with their brother’s fate. Avie and Mary were happily collecting seashells that had been swept in on the morning tide, while their younger brother Trafford was concentrating on filling a small tin bucket with sand. Mallory’s attention returned to his son and heir, who was still heading resolutely towards the rock. He was not yet worried, surely the boy would eventually realize he had to turn back. But he rose from his deckchair once the waves began to cover the boy’s knee breeches.

Although George was now almost out of his depth, the moment he reached the jagged outcrop he deftly pulled himself out of the sea and leapt from rock to rock, quickly reaching the top. There he settled himself, and stared out towards the horizon. Although his favourite subject at school was history, clearly no one had told him about King Canute.

His father was now watching with some trepidation as the waves surged carelessly around the rocks. He waited patiently for the boy to become aware of the danger he was in, when he would surely turn and ask for help. He didn’t. When the first spray of foam touched the boy’s toes, the Reverend Mallory walked slowly down to the water’s edge. ‘Very good, my boy,’ he murmured as he passed his youngest, who was now intently building a sandcastle. But his eyes never left his eldest son, who still hadn’t looked back, even though the waves were now lapping around his ankles. The Reverend Mallory plunged into the sea and started to swim towards the rock, but with each slow lunge of his military breaststroke he became more aware that it was much further away than he had realized.

He finally reached his goal, and pulled himself on to the rock. As he clambered awkwardly to the top he cut his legs in several places, showing none of the sure-footedness his son had earlier displayed. Once he’d joined the boy, he tried not to reveal that he was out of breath and in some considerable discomfort.

That’s when he heard her scream. He turned to observe his wife, standing at the water’s edge, shouting desperately, ‘George! George!’

‘Perhaps we should be making our way back, my boy,’ suggested the Reverend Mallory, trying not to sound at all concerned. ‘We don’t want to worry your mother, do we?’

‘Just a few more moments, Papa,’ begged George, who continued to stare resolutely out to sea. But his father decided they couldn’t wait any longer, and pulled his son gently off the rock.

It took the two of them considerably longer to reach the safety of the beach, as the Reverend Mallory, cradling his son in his arms, had to swim on his back, only able to use his legs to assist him. It was the first time George became aware that return journeys can take far longer.

When George’s father finally collapsed on the beach, George’s mother rushed across to join them. She fell on her knees and smothered the child in her bosom, crying, ‘Thank God, thank God,’ while showing scant interest in her exhausted husband. George’s two sisters stood several paces back from the advancing tide, quietly sobbing, while his younger brother continued to build his fortress, far too young for any thoughts of death to have crossed his mind.

The Reverend Mallory eventually sat up and stared at his eldest son, who was once again looking out to sea although the rock was no longer in sight. He accepted for the first time that the boy appeared to have no concept of fear, no sense of risk.