A Prisoner of Birth- Chapter 1 [EXTRACT] 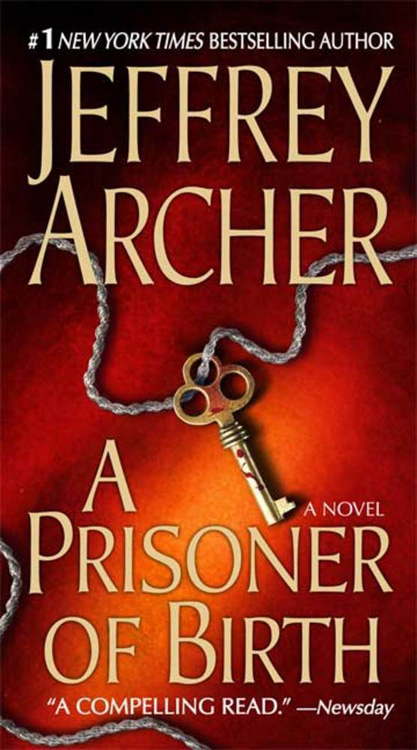 She tried to look surprised, but wasn’t all that convincing as she had already decided that they were going to be married when they were at secondary school. However, she was amazed when Danny fell on one knee in the middle of the crowded restaurant.

‘Yes,’ Beth repeated, hoping he’d stand up before everyone in the room stopped eating and turned to stare at them. But he didn’t budge. Danny remained on one knee, and like a conjurer, produced a tiny box from nowhere. He opened it to reveal a simple gold band boasting a single diamond that was far larger than Beth had expected – although her brother had already told her that Danny had spent two months’ wages on the ring.

When Danny finally got off his knee, he took her by surprise again. He immediately began to tap a number on his mobile. Beth knew only too well who would be on the other end of the line.

‘She said yes!’ Danny announced triumphantly. Beth smiled as she held the diamond under the light and took a closer look. ‘Why don’t you join us?’ Danny added before she could stop him. ‘Great, let’s meet at that wine bar off the Fulham Road – the one we went to after the Chelsea game last year. See you there, mate.’

Beth didn’t protest; after all, Bernie was not only her brother, but Danny’s oldest friend, and he’d probably already asked him to be his best man.

Danny turned off his phone and asked a passing waiter for the bill. The maitre d’ bustled across.

‘It’s on the house,’ he said, giving them a warm smile.

It was to be a night of surprises.

When Beth and Danny strolled into the Dunlop Arms, they found Bernie seated at a corner table with a bottle of champagne and three glasses by his side.

‘Fantastic news,’ he said even before they had sat down.

‘Thanks, mate,’ said Danny, shaking hands with his friend.

‘I’ve already phoned Mum and Dad,’ said Bernie as he popped the cork and filled the three champagne glasses. ‘They didn’t seem all that surprised, but then it was the worst-kept secret in Bow.’

‘Don’t tell me they’ll be joining us as well,’ said Beth.

‘Not a chance,’ said Bernie raising his glass, ‘you’ve only got me this time. To long life and West Ham winning the cup.’

‘Well, at least one of those is possible,’ said Danny.

‘I think you’d marry West Ham if you could,’ said Beth, smiling at her brother.

‘Could do worse,’ said Bernie.

Danny laughed. ‘I’ll be married to both for the rest of my life.’

‘Except on Saturday afternoons,’ Bernie reminded him.

‘And you might even have to sacrifice a few of those once you take over from Dad,’ said Beth.

Danny frowned. He had been to see Beth’s father during his lunch break and had asked for permission to marry his daughter – some traditions die hard in the East End. Mr Wilson couldn’t have been more enthusiastic about Danny becoming his son-in-law, but went on to tell him that he had changed his mind about something Danny thought they’d already agreed on.

‘And if you think I’m gonna call you guv when you take over from my old man,’ said Bernie, breaking into his thoughts, ‘you can forget it.’ Danny didn’t comment.

Danny took a closer look at the four men standing by the bar. ‘It certainly looks like ’im.’

‘That actor what plays Dr Beresford in The Prescription.’

‘I could always go and ask him for his autograph,’ said Bernie.

‘Certainly not,’ said Beth. ‘Although Mum never misses an episode.’

‘I think you fancy him,’ said Bernie as he topped up their glasses.

‘No, I don’t,’ said Beth a little too loudly, causing one of the men at the bar to turn round. ‘And in any case,’ she added smiling at her fiancé, ‘Danny’s far better looking than Lawrence Davenport.’

‘Dream on,’ said Bernie. ‘Just because Danny boy’s shaved and washed his hair for a change, don’t think he’s gonna make a habit of it, sis. No chance. Just remember that your future ’usband works in the East End, not the City.’

‘Danny could be anything he wanted to be,’ said Beth, taking his hand.

‘What’ve you got in mind, sis? Tycoon or tosser?’ said Bernie, thumping Danny on the arm.

‘Danny’s got plans for the garage that will make you—’

‘Shh,’ said Danny, as he refilled his friend’s glass.

‘He’d better have, ’cause gettin’ spliced don’t come cheap,’ said Bernie. ‘To start with, where you goin’ to live?’

‘There’s a basement flat just round the corner that’s up for sale,’ said Danny.

‘But have you got enough readies?’ demanded Bernie. ‘ ’Cause basement flats don’t come cheap, even in the East End.’

‘We’ve saved enough between us to put down a deposit,’ said Beth, ‘and when Danny takes over from Dad—’

‘Let’s drink to that,’ said Bernie, only to find that the bottle was empty. ‘I’d better order another.’

‘No,’ said Beth firmly. ‘I’ve got to be on time for work tomorrow morning, even if you haven’t.’

‘To hell with that,’ said Bernie. ‘It’s not every day that my little sister gets engaged to my best mate. Another bottle!’ he shouted.

The barman smiled as he removed a second bottle of champagne from the fridge below the counter. One of the men standing at the bar checked the label. ‘Pol Roger,’ he said, before adding in a voice that carried: ‘Wasted on them.’

Bernie jumped up from his place, but Danny immediately pulled him back down.

‘Ignore them,’ he said, ‘they’re not worth the space.’

The barman walked quickly across to their table. ‘Don’t let’s be havin’ any trouble, lads,’ he said as he removed the cork. ‘One of them’s celebratin’ his birthday, and frankly they’ve had a bit too much to drink.’

Beth took a closer look at the four men while the barman refilled their glasses. One of them was staring at her. He winked, opened his mouth and ran his tongue around his lips. Beth quickly turned back, relieved to find that Danny and her brother were chatting.

‘So where you two goin’ on honeymoon?’

‘And you’re not coming along this time,’ said Beth.

‘The slut’s quite presentable until she opens her mouth,’ said a voice from the bar.

Bernie leapt to his feet again, to find two of them staring defiantly at him.

‘Oh, I don’t know,’ said the other man. ‘There are times when I quite like a slut’s mouth to be open.’

Bernie grabbed the empty bottle, and it took all of Danny’s strength to hold him down.

‘I want to leave,’ said Beth firmly. ‘I don’t need a bunch of public-school snobs ruining my engagement party.’

Danny immediately jumped up, but Bernie just sat there, drinking his champagne. ‘Come on, Bernie, let’s get out of here before we do something we regret,’ said Danny. Bernie reluctantly stood up and followed his friend, but he never once took his eyes off the four men at the bar. Beth was pleased to see that they had turned their backs on them, and appeared to be deep in conversation.

But the moment Danny opened the back door, one of them swung round. ‘Leaving, are we?’ he said. He then took out his wallet and added, ‘When you’ve finished with her, my friends and I have just enough left over for a gang bang.’

‘Then why don’t we go outside and sort it out?’

‘Be my guest, Dickhead,’ said Bernie as Danny shoved him through the door and out into the alley before he had the chance to say anything else. Beth slammed the door behind them and began walking down the alley. Danny gripped Bernie by the elbow, but they had only gone a couple of paces before he shook him off. ‘Let’s go back and sort them.’

‘Not tonight,’ said Danny, not letting go of Bernie’s arm as he continued to lead his friend on down the alley.

When Beth reached the main road she saw the man Bernie described as Dickhead standing there, one hand behind his back. He leered at her and began licking his lips again, just as his friend came rushing round the corner, slightly out of breath. Beth turned to see her brother, legs apart, standing his ground. He was smiling.

‘Let’s go back inside,’ Beth shouted at Danny, only to see that the other two men from the bar were now standing by the door, blocking the path.

‘No, no,’ pleaded Beth as one of the men came charging up the alley towards them.

‘You take Dickhead,’ said Bernie, ‘and I’ll deal with the other three.’

Beth looked on in horror as Dickhead threw a punch that caught Danny on the side of the chin and sent him reeling back. He recovered in time to block the next punch, feint, and then land one that took Dickhead by surprise. He fell on one knee, but was quickly back on his feet before taking another swing at Danny.

As the other two men standing by the back door didn’t seem to want to join in, Beth assumed the fight would be over fairly quickly. She could only watch as her brother landed an uppercut on the other man, the force of which almost knocked him out. As Bernie waited for him to get back on his feet, he shouted to Beth, ‘Do us a favour, sis, grab a cab. This ain’t gonna last much longer, and then we need to be out of ’ere.’

Beth turned her attention to Danny to make sure he was getting the better of Dickhead. Dickhead was lying spread-eagled on the ground with Danny on top of him, clearly in control. She gave them both one last look before reluctantly obeying her brother. She ran off down the alley and once she reached the main road, began searching for a taxi. She only had to wait a couple of minutes before she spotted a familiar yellow FOR HIRE sign.

Beth flagged down the cabbie as the man Bernie had felled staggered past her and disappeared into the night.

‘Where to, luv?’ asked the cabbie.

‘Bacon Road, Bow,’ said Beth. ‘And two of my friends will be along in a moment,’ she added as she opened the back door.

The cabbie glanced over her shoulder and down the alley. ‘I don’t think it’s a taxi they’ll be needing, luv,’ he said. ‘If they were my friends, I’d be phoning for an ambulance.’